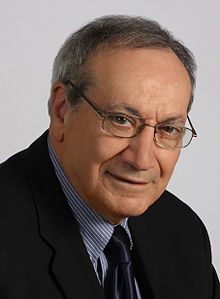 The North Ward Center, a private, non-profit, social service agency has provided preschool and adult education, youth development and recreational programs, and senior citizen services. It has been involved in neighborhood stabilization efforts in the City of Newark, New Jersey, since 1970.

In 1996, the state legislature passed the New Jersey Charter School Program Act making it possible for citizen groups to apply for a "charter " (a contract with the State of New Jersey) to operate a public school.

Mr. Adubato, an urban educator and lifelong Newark resident, believed that children in America's inner city school districts were not being served by the existing public school system. With the creation of the Academy, he set out to prove that urban, minority children could be successful students if given the required tools by people who believed in their ability to achieve academic excellence.

The Robert Treat Academy's charter was approved in January 1997 as part of the first cohort of New Jersey charter schools. Two classes each of kindergarten and first grade students were selected through a lottery and in September 1997, the Academy became the first charter school in the State of New Jersey to open its doors.

Principal Theresa Adubato has lead the Academy's administrative team since 2010.  Vice Principals Marcelino Trillo and Paul Parada work with Ms. Adubato to lead our dedicated staff and faculty which is supported by a long tradition of parental involvement.

The Academy has been able to achieve its goal of providing a superior educational program for Newark students, and has had a very positive impact on the surrounding community.

Over its first eight years, the Academy added one grade annually. In 2005, with the addition of eighth grade, the growth anticipated in the charter application was completed and the Academy graduated its first class of students.

In August 2009, the Academy expanded by adding a second campus in Newark's Central Ward. The new facility will follow the same growth plan outlined in the original charter. In 2014-2015 one class each of 25 kindergarten through sixth grade students attend RTA's Jackie Robinson Campus (JRC) in the Central Ward. Seventh and eighth grades will be added in 2015-2016 and 2016-2017 respectively.

In 2014, the North Ward Campus was designated as the Stephen N. Adubato (SNA) Campus in honor of the Academy's founder.

The Robert Treat Academy Charter School offers elementary school-aged children, five and older, an opportunity to learn and grow in a safe and stimulating environment in which the core subjects of reading/language arts (special emphasis), mathematics, science, technology, social science, visual and performing arts, health, physical education and world languages are bonded to the values of self-worth, and respect for one another, one’s community, state and nation.

Students, parents/guardians, staff and adult community members each play a critical role in the Academy, a total involvement institution. Parental participation, year-round learning and cultural experiences demonstrate to all that success, hope, and perseverance are habits just as caring, compassion, and fairness are habits.

The Academy nurtures a total commitment to high academic standards, socially acceptable behavior and recognition that all individuals are created equal and must be given an equal educational opportunity.

The Robert Treat Academy Charter School began operation in the fall of 1997 with 100 students in kindergarten and first grade. Each year the next grade was added until full enrollment was reached with grade eight. Robert Treat Academy is located in Newark’s North Ward at 443 Clifton Avenue.

In 2009, the Academy expanded its enrollment by adding a second facility in Newark’s Central Ward. RTA Central, located at 180 William Street, opened with kindergarten and first grade and will build its enrollment through grade eight in the same way.

We are now in our sixteenth year of operation which began in August of 2012. The Academy currently has 575 students on its rolls on two campuses. At RTA North, two sections of 25 students each fill grade levels from kindergarten through eight. While at RTA Central, there is one class on each grade level from kindergarten through four. Maximum enrollment there will be 225 when all grades have been added.

RTA Stephen N. Adubato Campus is housed in a specially constructed, state-of-the-art building with 18 classrooms, and specialty rooms including a library/media center. The 500-seat multi-purpose room does triple duty as an auditorium, gymnasium and cafeteria.

RTA Jackie Robinson Campus is located on the grounds of St. Benedict’s Preparatory School. That facility has nine classrooms, an art and music room, a new library/technology laboratory and a multi-purpose room that houses the cafeteria auditorium and gymnasium.

The Academy’s eleven-month school year begins in August, ends in June and includes approximately 205 days. Every 25-pupil classroom is staffed with a certified teacher and another professional who is either a second certified teacher or a teacher assistant.

The Academy’s professional day is eight hours; the school day is seven hours. The Extended School Day runs from 7:30 until 8:30 AM and from 3:30 - 5:30 PM to provide before and after care for students. This unique program offers students an opportunity to take remedial and enrichment courses in a safe and secure environment. Remedial programs include Language Enrichment, remedial classes in mathematics and Language Arts, Reading Recovery, Guided Reading, Tutoring, and Homework Assistance. Services for English Language Learners, Occupational and Physical Therapy and Speech and Counseling services are also provided.

Enrichment activities for the younger students include arts and crafts and story time, while older children participate in clubs including chorus, band, girls and boys basketball, technology, Girl Scouting. Activities for character building and community service are also included.

Because parental participation is crucial to our success, communication between the staff and parents is stressed. Eleven parent meetings are held annually and written report cards and interim reports are issued a total of ten times each year. Monthly classroom newsletters communicate individual classroom goals and objectives and keep parents apprised of the curriculum content and assignments for the month. A school-wide newsletter also reports general news to parents and the community each month. An annual Back-to-School Night kicks off an extensive list of parental opportunities for in-person feedback from teachers and administrators. A state-of-the-school report to parents by the principal takes place annually as do twice-a-year parent conferences and classroom visitation weeks. Information for parents as well as the general public can be found on our web site at www.RobertTreatAcademy.org.

The Academy nurtures the entire child. Students begin each day at a school-wide morning assembly. The program is led by students and built around the celebration of holidays and cultural events and the value and importance good moral fiber and positive personal attributes. Students commemorate famous historical events and individuals, display patriotism, and are immersed in themes that build character and self-worth.

The Academy is currently working with more than fifty boarding, private day and public schools to provide opportunities for our students to continue to receive an excellent education. Students from our first ten graduating classes have been accepted by some of the country’s most prestigious secondary schools. RTA alumni have attended Choate-Rosemary Hall, Phillips Academy Exeter, Phillips Andover Academy, The Lawrenceville School, St. Paul’s, and Deerfield. These students have been offered more than $30 million dollars in scholarships and financial aid since 2005.

In 2008, Robert Treat Academy was selected as a National Blue Ribbon School based upon the academic excellence its students have achieved. It was one of only 15 charter schools selected for this honor nationally.  In addition the U.S. Department of Education chose Robert Treat as one of only 8 schools to feature on its website as a Model School.  In 2014 Robert Treat Academy was named a Reward School for the third consecutive year.  Reward Schools are schools in which proficiency levels for every category of students is in the top 10% of the state and overall proficiency is greater than 90%.  Robert Treat is the only charter school in the state to be named a Reward School for three consecutive years.

Get real time school updates on your mobile device with eChalk Notify.

Connect with code OKCF9E to get instant alerts or log in with your eChalk user account for the latest updates from all your classes and groups.